542: Paul Lightfoot on Local is the New Organic.

Bringing awareness to the value of local food systems.

Picture buying salad greens at the grocery store that were just picked the day before. Paul Lightfoot from BrightFarms is making this happen in the stores around their farm. Passionate about getting fresh food to more people, Paul discusses the benefits of local vs organic food, how shortening the supply chain provides fresher, safer food, and the nutritional value decline. Listen in to hear about the setup and safety protocols at BrightFarms so they ensure healthy, safe food. 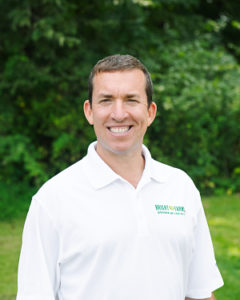 Paul is BrightFarms’ founder and president and leads the company on its mission to provide consumers with the freshest, tastiest, and most responsibly grown produce.
Through his vision, BrightFarms is creating the first national brand of locally grown produce.  In 2017, BrightFarms  was  named  235th on the Inc. 500 list of fastest-growing private companies, ranking 10th among all food companies and the only produce company featured on the list.   Paul is a member of the board of United Fresh Produce Association.
They believe Local, indoor produce is fresher because it’s grown closer to where it’s sold. It is cleaner because it can be grown without pesticides. And most importantly, it tastes better.
BrightFarms is the No. 1 brand of locally grown packaged salads, serving the freshest, tastiest and most responsibly grown produce to consumers nationwide. BrightFarms operates hydroponic greenhouse  farms  in the communities it serves, enabling them to eliminate time, distance, and costs from the food supply chain.

His failure – Intertwining his sense of identity with his first business venture instead of keeping them separate.

His success – BrightFarms and the growth they have already had.

His drive – Working in an area where he is passionate and inspired.

His advice – Be kind and get into an industry where you are passionate.

How to reach Paul: