Witnessing the power of growing food for a community. 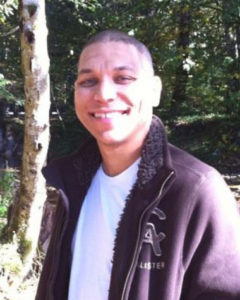 Elias grew up around urban farming & gardening in a rough part Miami called Opa-Lock-a. He is the son of immigrant parents who left Cuba & the Dominican Republic for political and opportunity reasons. As a child and teenager, he was introduced to urban farming and gardening by his grandfather, who fled Cuba during the Castro regime.

Elias witnessed the power that growing food for the community can have after his mother presented neighbors with fresh fruits and vegetables grown in their garden. He started Kubed Root to create an ecosystem in which people can grow their own food and make money from it with little to no barriers to entry.

It was both a desire to share the gardening experience his grandfather gave him, and the lack of space in his home for anything that could produce enough food for his family that prompted Elias Martinez to start dreaming of a way to provide fresh greens to those who did not have easy access to garden space. His natural inclination to innovate solutions has helped him create a plan for an EPIC style of community garden – indoors! He shares that and more with us.

His success – Earning his master’s degree, as well as his honorable discharge from the military

His drive – Innovation and efficiency

His advice – Don’t be afraid of failure

Rich Dad Poor Dad: What the Rich Teach Their Kids About Money That the Poor and Middle Class Do Not! By Robert T. Kiyasaki

How to Win Friends & Influence People

The Richest Man in Babylon

How to reach Elias:

Note: You can also find these books mentioned above at one of our favorite local independent bookstores and know that you are supporting a small business.