527: Ray Speakman about Farming Instead of Retiring.

Starting an urban farm to keep young the later years.

Have you ever wished for more gardening space? So did Ray Speakman when he took early retirement. But instead of just wishing, he recruited neighbors for their land and made his farming dreams a reality! Listen in to learn how he went from 1 garden bed to a half-acre of productive land and started a neighborhood CSA and weekend produce stand. Ray shares what it was like becoming a farmer in retirement, abundant food production in smaller spaces, and making it happen. 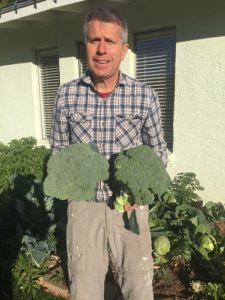 Ray has always been an entrepreneur at heart with a drive to affect the lives of others for the better.  He grew up on a chicken farm in Cottonwood, Arizona with 5000 chickens, as well as cows, horses, and large gardens.  After moving to Mesa with his parents in the mid 1960’s, he married his wonderful wife. After a series of different businesses and 8 children he ended up working for an international plant nutrition manufacturing company as their VP of Marketing.
It was there that he fell in love with agriculture and the effect it has on individual lives and mother earth. In June of 2017, with a neighbor and prolific gardener, Ray started an urban farm in the middle of Mesa. His family, friends and area neighborhoods are enjoying the farm as they have watched it grow and enjoy the benefits of eating the delightfully delicious and healthy food. 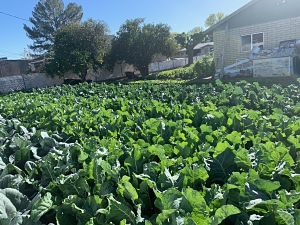 His failure – Having to throw away food because they didn’t ensure it got distributed in time.

His success – Farming with some of his granddaughters.

His drive – His family and their interaction with food.

His advice – You can do anything you put your mind to! 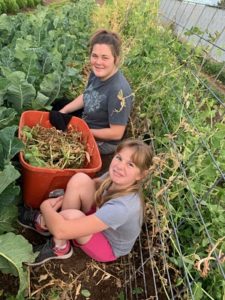 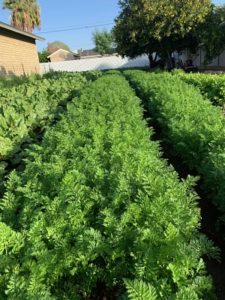 How to reach Ray:

Join us for chats about gardening topics with Special Guests each month. Live Q&A to assist with your questions
Sign up for the series!
Categories: Business, Community, CSAs, Frugality, Homesteading or Farmsteading, Kids and Gardening, podcastBy KatieMarch 10, 2020Leave a comment
Tags: arizonacommunityfarminggardengardeninggregMesaneighborsPetersonpodcastRayretirementRetiringSpeakmanUrban Farm