After attending a lecture on GMO’s twenty-five years ago, Jeffrey Smith could not help but feel concerned about the future impacts of genetic engineering on ecosystems. Jeffrey speaks on the growing intensity of GMO contamination in all aspects of life and he advocates the importance of protecting the global microbiome. Jeffrey also points out that genetic engineering creates unpredictable changes in organisms and if not careful, can eliminate terrestrial plant life. 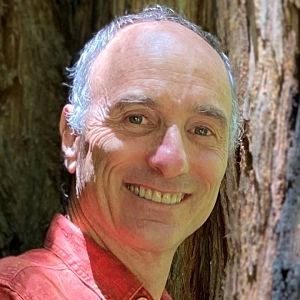 Jeffrey is a bestselling author, award-winning filmmaker and celebrated public speaker. He has influenced the behavior and health of millions of people worldwide through his books like Seeds of Deception, and Genetic Roulette, and his podcast Live Healthy Be Well. Jeffrey is the founding executive director of the Institute for Responsible Technology, which has started a global education campaign call Protect Nature Now with the first documentary titled “Don’t Let the Gene Out of the Bottle”.

His failure – When he spent time in California to assist in the passage of Prop 37 – requiring GMO labels on food items, and lost the campaign by a ‘shaving’

His advice – “Right now is the most pivotal moment to make a commitment to something.”

Seeds of Deception: Exposing Industry and Government Lies About the Safety of the Genetically Engineering Foods You’re Eating

The Monsanto Papers: Deadly Secrets, Corporate Corruption, and One Man’s Search for Justice by Cary Gillam

How to reach Jeffrey:

*Disclosure:
Some of the links in this post are affiliate links and if you go through them to make a purchase, we will earn a nominal commission at no cost to you. We offer links to items recommended by our podcast guest as a service to our audience and these items are not selected because of the commission we receive from your purchases. The decision is yours, and whether you decide to buy something is completely up to you.

Join us for a FREE CLASS

Wednesday, May 26th at 5pm Pacific