Having WAY too much fun with worms!

Watching his coworker throw her lunch scraps into a large bin under her desk was just too exciting for Bentley Christie and soon he was on his way to becoming the Compost Guy with a popular blog and website about worm composting.  He shares his excitement and admiration for the legless wonders that produce a valued garden soil amendment. Not stopping there, he explains a new method of composting that transformed his garden into a bountiful wonder. 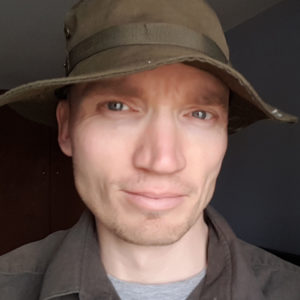 Bentley, also known as “Compost Guy”, earned an Honors Bachelor of Science in Biology with undergrad and grad studies in: plant pathology, microbiology, soil and compost science.  He has been working with worms for over 20 years, is the author of the blog Red Worm Composting and is currently teaching about trench vermicomposting.

Worms Eat My Garbage, 35th Anniversary Edition: How to Set Up and Maintain a Worm Composting System

How to reach Bentley:

Special thanks to our sponsor:

gemplers.com/urbanfarm
(use code URBANFARM01 to save!!)

To learn more about Growing Your Own Food