Becoming the next generation of urban farmers. 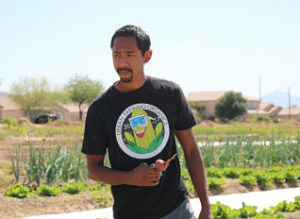 Sowan was born and raised in Phoenix, leaving just long enough to earn a B.S. in Molecular and Cellular Biology from the University of Arizona in Tucson. There he studied controlled environment agriculture, plant biochemistry, and genetics. He returned to Phoenix and did tissue culture research at a medical cannabis facility, where he would meet his future business partner Jourdain Beltran. After about a year, they decided to depart from the medical marijuana industry to start an urban farm together with their third partner.

Beginning with only 2000 square feet, they were able to build a proof-of-concept urban farm and competed in ASU’s Venture Devils program, winning two rounds of substantial funding. Less than a year later, they have expanded their operation to an acre, supply several farmers markets, and share their knowledge and experience with the youth.

Raised by two farmers, Sowan Thai wanted to do anything in his life beside this. Yet pursuing a degree in science led him right back to his roots and now he’s proud to call himself a farmer.  A post-college stint in a medical marijuana science lab, steered him into growing food with a new friend and partner. As new farmers, they participated in a couple ASU Venture Devils Pitch contests and won both times. Now they are building their urban farm and teaching young kids how to grow food.

His drive – His love of science and exploration, his love of work and creating things

His advice – Life is too valuable to waste time doing the bare minimum – find something to do that you can be passionate about. Find what that is for you.

Biochemistry and Molecular Biology of Plants

by Buchannan and Jones

How to reach Sowan:

You can listen to Jourdain Beltran’s podcast episode HERE

This episode was sponsored by The Seed Bank Box. 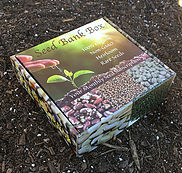