Understanding the reasons and options for choosing a vegan lifestyle. 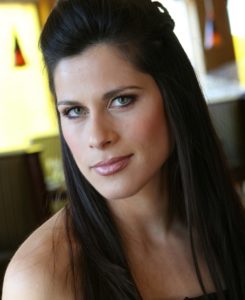 Nafsika is the Host and Creator of the world’s first plant based lifestyle TV series that focuses on a plant-based diet living.  She has studied about olive oil and the Mediterranean diet in Greece through her father’s business, Pilaros Inc, a Mediterranean food importer, where she has been involved for over twenty years.  She created the TV show, Plant-Based by Nafsika which aired nationally in 2016, to change the world through food. This has not only sparked the interest of viewers around the globe but has planted some seeds helping veganism become more “mainstream,”

In 2015, she founded, The Struggling Vegan, which helps people transition to a plant-based/vegan lifestyle while strengthening the community in a public forum called, Veg Room. The organization offers daily menu plans, recipes, health tips and direct messaging to plant-based doctors and coaches.

Nafsika spends her spare time with her family, which includes her two young boys. She and her husband both cook plant-based meals at home and she’ll educate just about anyone who would listen about why it’s healthier to switch to a plant-based diet and why veganism is not just a diet but a way of life.

Greg talks to television host Nafsika Antypas about living a plant-based life and how she was inspired to start her own television show all about living a vegan lifestyle.  She helps explain some of the core beliefs behind veganism as well as some of the basics of living a cruelty-free way of life.

How to reach Nafsika: