The Lowdown on Solar Ovens

Editor’s Note: This article was written in response to a  question from Traci K:

“Months ago I did quite a bit of research on the various solar ovens, but was discouraged by so many reviews from people complaining of the chemical or plastic taste to the food. I decided to hold off on buying one for a while, hoping the issue would be resolved. Was this ever a problem with your Sun Oven?”

Tracy, that’s a great question. We asked our research associate Mary to dig in ad see what she could find. So here you go:

Solar ovens are a great option for saving energy and money, but there have been complaints about the plastic taste the food gets after cooking in some of them.  After checking out several brands of solar ovens (Sun Oven GLOBAL SUN OVEN, Sunflair Sun Ovens, HotPot Solar Cooker, etc.) and their consumer reviews, these are my findings. 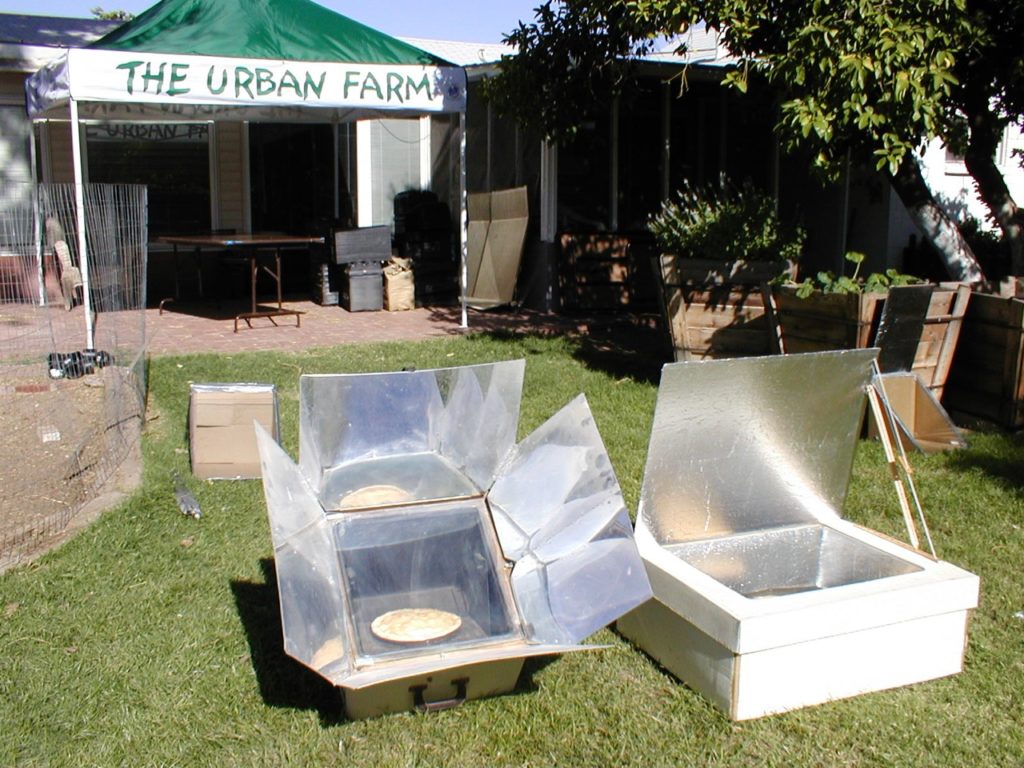 Most of the reviews were very positive. More and more people seem to be cooking with solar ovens every day, and they acknowledge the benefits of saving money and energy with these appliances. Even though the most popular ones seem pricey at first, consumers really enjoy using their ovens and getting their money’s worth from them, as well as eating food that, according to them, tastes a lot better than it would if it were cooked conventionally.

The negative reviews, which make up less than 20% of the total, say that after cooking in these ovens, a nasty plastic or chemical smell would stick to their food. Some people called the manufacturers and they replaced the oven.

I would have expected complains of this kind in the smaller, portable and more plasticized ovens, but the ones that received the most complaints do not have plastic inside them, where the cooking would take place; they only have a plastic coating on the outside for durability purposes.

The latest models of solar ovens come with specific instructions for assembly and care, including a special initial washing of the product to rid it of the “new” smell that comes with the factory production. Most people who followed this had no problems afterwards, but there were a few that still had the presence of that unpleasant odor. This was the case for one of the writers at CantinaWest, a website dedicated to solar cooking. In his article about the issue, he mentions this problem and his experience with it, but also shares an easy way to eliminate the infamous “solar oven odor.”

Some ovens are painted on the inside for insulation. A solar oven user mentions that “oils vaporize out from the paint interior and somehow get into the food”. This is more likely to happen when food is being cooked uncovered and in containers that are not entirely suitable for solar cooking. Your best bet would be to stick to the instructions of your solar oven and cook in the right kinds of pots, as solar ovens don’t deal with external air currents and the food retains nutrients and juices better than in conventional ovens.

There is no guarantee that the oven that you purchase will not have a chemical smell, but judging by the ratio of customer satisfaction to unpleasant experiences, it is not very likely that you will have to deal with chemical smells or flavor. The best thing to do for any new appliance, either solar or not, would be to clean it thoroughly before cooking, following the manufacturer’s instructions, and to use the proper utensils and containers. By carefully going through these steps, you will obtain satisfactory results and will be able to enjoy the benefits of an eco-friendly way of cooking.

Besides this issue, I only encountered one complaint about the engineering of one type of solar oven. The consumer was sharing about how hard the unit was to assemble. Again, the best way to deal with these kinds of problems is by following the instructions carefully. Some ovens even include a “step-by-step” DVD to walk users through the process. Thankfully, many online resources, such as video tutorials and “frequently asked questions” forums for these contraptions are available, as well as customer service agents that are willing to help you.

The following are the sources of information I reviewed for my findings:

Mary Munoz Encinas was born and raised in sunny Hermosillo, Sonora, Mexico. Her passion for people and the environment took her to Arizona State University to pursue a degree in Sustainability. An aficionado of the arts, she strives to enhance the beauty and functioning of our living environment by combining the effectiveness of sustainable practices and the power of art. She believes in the importance of a healthy relationship with the community we live in and the food that we eat. After all, “we are what we eat”!