Preferring the taste of fresh pressed over store bought. 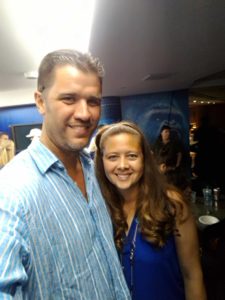 Ron was born and raised in Lorain Ohio, 30 miles west of Cleveland on the shores of Lake Erie.  He moved to Chandler, Arizona in 2000 after graduating from the Ohio State University to work for Intel Corporation, which he still does until this day.  He is married with 4 children between the ages of 8-13.  With several olive trees at his home, Ron taught himself how to make olive oil from scratch.

Curiosity on what to do with the fruit from the three large olive trees in his new yard led Ron Mantini on a quest to make his own olive oil. Over the course of several years, with trial and error and the power of the internet, Ron has discovered how to make a delicious olive oil. He has learned how to turn the olives on his and neighboring trees into a bright green, fresh and addictive pressed oil, a nice pairing for his homemade bread and pasta. 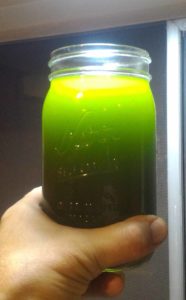 “It is really a labor of love.”

The Sports Gene: Inside the Science of Extraordinary Athletic Performance

How to reach Ron :