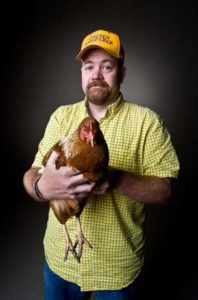 Better known as The Chicken Whisperer, Andy has become the go-to guy for anything chicken related. He has helped countless people start their own backyard flocks and has assisted in changing more laws around the country to allow backyard chickens than anyone else.
He is a well-known radio personality as the host of the Backyard Poultry with The Chicken Whisperer radio show, as well as the Editor-in-Chief of Chicken Whisperer Magazine, the National Spokesperson for the USDA-APHIS Biosecurity for Birds Program, and author of The Chicken Whisperer’s Guide to Keeping Chickens.

Andy travels around the U.S. educating people through science-based, fact-based, and study-based information about the many benefits of keeping backyard chickens and how to ensure they stay healthy and free from disease.

He also works with the Center for Disease Control and Prevention (CDC) during Salmonella outbreaks as well as throughout the year teaching Salmonella awareness and prevention. He has been featured on many major news stations (CNN, HLN, FOX, ABC, CBS, NBC, NPR), as well as in The Wall Street Journal, Time Magazine, and many other local and national publications.

His hobby of raising chickens developed into helping others succeed in raising their own. This led Andy Schneider into becoming the first well known “poultry personality” in the world of backyard poultry and eventually running a business that he loves.  He uses this notoriety to help correct misinformation through science and fact.

His failure – Creating a great product before people were ready

His success – Besides his family, taking a hobby and creating a business

His drive – Wanting to get the right information out to people

How to reach Andy:

You are invited to a FREE CLASS…

“Garden to Table” –
A delicious webinar with Terra Rose Ganem. 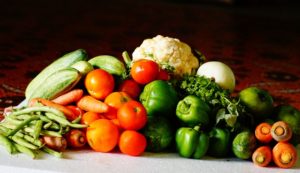