Johannes met his three friends James, Simon, and Will, at the Royal College of Art in London where they were studying Industrial Design.  In their final year, they designed a revolutionary new chicken house which made it simpler to keep chickens in gardens. It looked rather like an igloo and in a moment of punning genius, they named it the Egglu. They exhibited the first prototype at the graduation show and over 500 visitors expressed an interest to keep chickens in their gardens.  At that moment, they decided to move to Oxford and start a company to develop the Eglu.

They created the company Omlet as a way for people to get closer to their food and improve their quality of life through sustainable intelligent design. Over the next 8 months they made over 20 prototypes which they tested with volunteers, each time improving the design.  They launched the first Eglu in time for Easter 2004.  Since then, the Eglu has been exhibited all over the world and was included in the Victorian & Albert Museum first major exhibition celebrating post war design to coincide with the 2012 Olympics alongside the Concorde and the E-Type Jaguar.  Omlet has grown from the original four founders to over 40 committed to encouraging people to discover the joy of collecting their own fresh eggs!

When Johannes Paul and his engineering design classmates were challenged to come up with an idea for a class project, little did they know that design could be received so well.  A decade later they have a line of products for outdoor pets and small animals, and their design called out as one of the best British designs in the last 100 years. 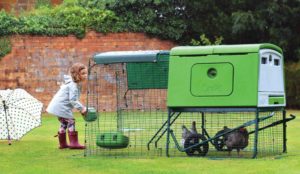 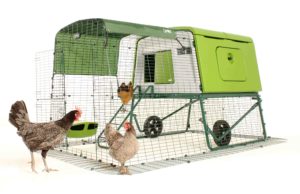 The Old Man and The Sea

How to find more about the Eglu and reach Johannes: