Tell me a little about your urban farm. What’s its name? Size?
Die Walhall Heimstätte (The Valhalla Homestead). We’re on a little over 2.5 acres on here the rural-urban fringe of Reading, PA. And aspiring to be a farmstead.
What are you growing?
Currently on our homestead we raise:
Cornish Cross Rock chickens for meat, a various assortment of egg laying chickens, Jumbo coturnix quail for eggs and meat, a couple of turkeys, and our newest edition 17 welsh harlequin ducks. 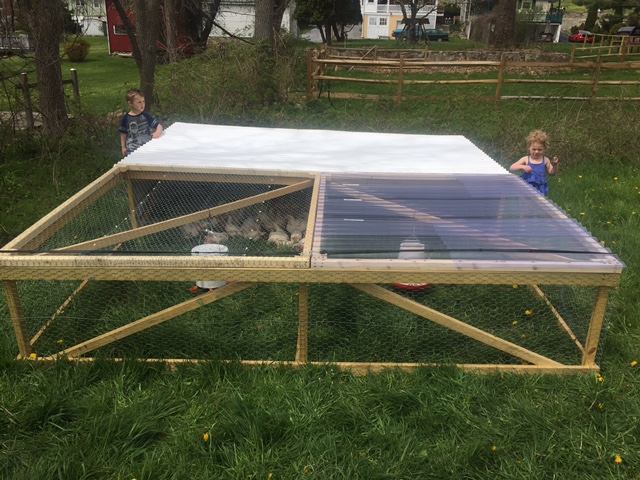 In our food forest we currently have:
Apples, pears, persimmon, plums, peaches, almonds, apricots, cherries, pawpaws nectarines, grapes, elderberry, ostrich ferns, strawberries and a few other things I’m sure.
In the garden:
We have corn, squash, tomatoes and lettuce, Einkorn, watermelons, kale, Swiss chard, and various gourds.
In the greenhouse:
We have various hot peppers including the Carolina Reaper, currently the hottest pepper in the world. Kumquats, lemons, limes, oranges, miracle berry bushes and various other plants bushes and shrubs we plan to expand our food forest with.
On the property:
We have black walnut, hackberry, blueberries, blackberries, black raspberries, red raspberries, wine berries and hardy kiwi. We also have 2 small creeks that run through our property that are fed by springs that come off the mountain and are full of wildlife.
We also have a large stand of bamboo.
In the house:
We have 3 kids (2 boys and a girl), as well as 3 dogs (2 girls and a boy) and a snake (we don’t know what he is yet). Along with my saint of a wife that puts up with all of this and myself. Oh, and we also grow Effective microorganisms and worms in our sunroom.

What kind of climate are you growing in?
We are in zone 6b, but we are also in a valley between two mountains and a ridge line. 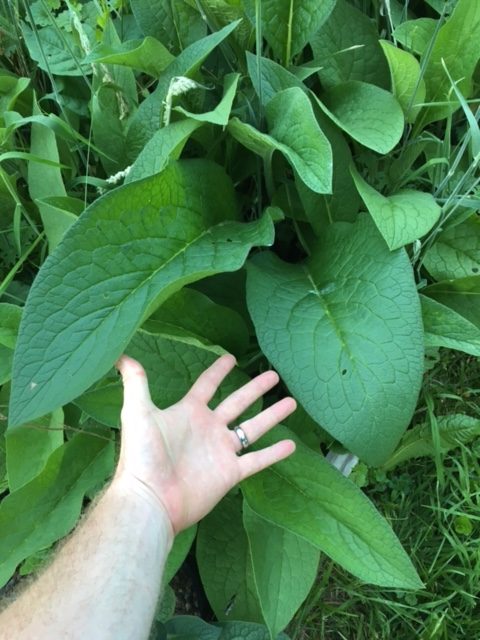 What initially got you interested in urban farming?
As a kid I grew up on a farm down south, my Grandfather raised primarily cotton, but we raised a little bit of everything from pigs to a truck patch garden. Later on in high school from 7th grade until I graduated I took just about every Ag class my school offered. We did everything! We learned how to drive tractors, start and use chainsaws, weld, build houses, draft, and take apart gas engines. We raised plants and animals, did aquaponics, grew plants from tissue cultures, artificially inseminated a cow, learned how large farm equipment worked.. we even raised a pig, had it butchered and the home economics class made sausage eggs and bacon for us from the pig we raised. Seriously, our Ag program was #2 in the country; I think it was some place in California that had us beat. I was even part of FFA and raised a garden and chickens as a kid for my summer projects for school.
After high school I joined the military, where I served for 15 years, spent some time overseas, and eventually got medically retired. I also spent time in the private sector, and as a police officer for a brief stint, but after I left the military I really felt like my life lacked purpose. Getting back into farming really helped me find that purpose. Also, it’s just good for the soul to be out with nature, the plants and the animals.
Do you use any organic, permaculture, hydroponic, biodynamic, or other methods? Explain.
We strive to grow all our food organically. In our gardens we use a mixture of Biodynamic and square foot gardening, and the animals are all raised on pasture. And I dabble In systems design and permaculture.
Do you use compost? Where do you get it and how does it help your plants?
We brew comfrey tea with a compost tea bubbler that I made out of a 6-gallon beer bucket. We compost the poop from the quail and we used to have rabbits. Now, I have a friend who has alpaca and every month or two I’ll fill up a few feed bags with alpaca poo, and put that on on the plants. We are also really close to Georgo’s mushrooms so we get bags of mushroom compost from them as well. 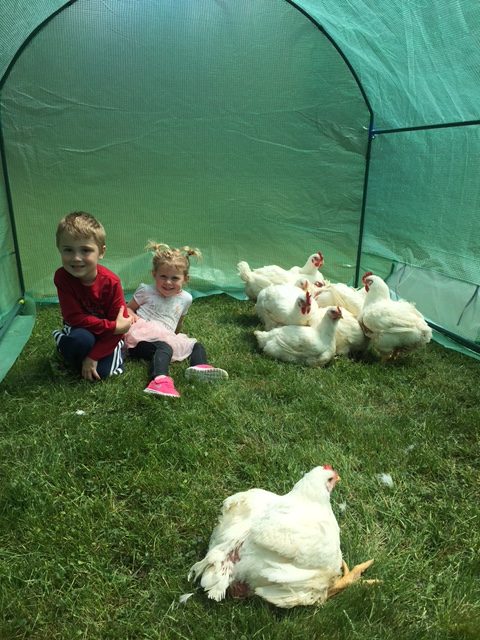 Do you have any urban livestock? Chickens? Bees?
Chickens/ eggs and meat
Ducks mostly eggs
Quail for eggs and meat
We are planning to gets bees and pigs eventually, as well as possibly a few sheep.
What do you do with the food you grow?
We eat it, and give it away to friends and neighbors. I’ve tried selling it and it just hasn’t worked out that well for me.
What is your greatest challenge in your farming endeavors?
Finding people who want to pay for what I grow.
What do you enjoy the most about farming/growing food?
Knowing where your food comes from, and ethically raising the animals that we eat.  CAFO animals have a horrible life from start to finish, our animals only have one bad minute of their last day. That means a lot to me. Also there’s a facet to it that speaks to me on a spiritual level, that softens my soul, I guess you could say. 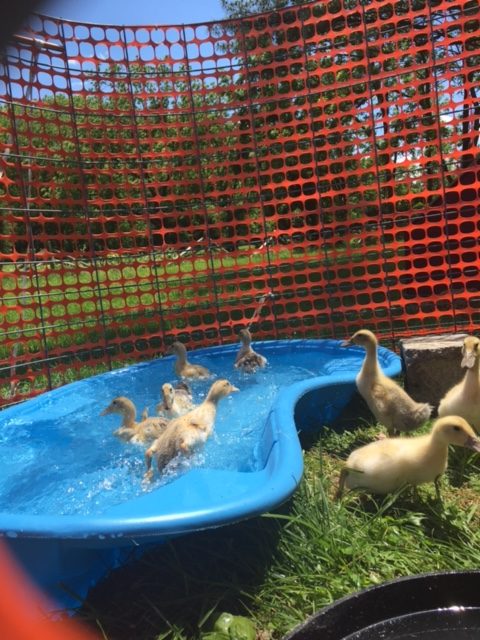 Why do you think urban farming is important?
I think the late Bill Mollison said it best when he said:
“The greatest change we need to make is from consumption to production, even if on a small scale, in our own gardens. If only 10% of us do this, there is enough for everyone. Hence the futility of revolutionaries who have no gardens, who depend on the very system they attack, and who produce words and bullets, not food and shelter.”
Do you think this is a growing movement?
I hope so. But I really don’t know.
Is urban farming the future of agriculture?
No, but I think it’s a good start.
Do you have any advice for someone that’s just getting started?
Two things if I can:
First, like Nike says, “Just do it!” Because you will never know what you can achieve until you try.
Second, you’re going to fail, and that’s ok.
Anything else you’d like to add?
I would really like to mention a few of the folks that have helped me to get where I am in this journey that I am on.
The first one would be my High school Ag teacher Rocky Clements. Because of him, I was exposed to all of this at a young and impressionable age. I never grew that stand of black Walnut trees that was going to be my retirement, but I’ve done so much and it all began with those classes I took in high school.
Jack Spirko from the survival podcast; he was my first introduction to permaculture and dragged me into it kicking and screaming. He also taught me that I could do this stuff, I just had to believe in myself and, as he says, get out there and #GetShitDone
And lastly, Scott Mann, the host of the permaculture podcast with Scott Mann. He helped me take this dream I had for this property and implement it. He helped me with the design for my property, and has not only been an invaluable source of knowledge but has grown to be a good friend over the past few years that we have know each other, and I am hoping to collaborate with him on some other projects in the near future.

View More
About Us