189: Manuel Gonzalez on Innovation in Food and Agriculture. 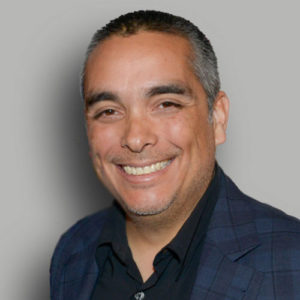 Manuel is the North America Head of StartUp Innovation, where he leads the growth of their start-up platform build through FoodBytes! and new Accelerator, Terra. At the same time, he focuses on developing plans around how relationships with startup firms can benefit corporate clients. Manuel has been Head of the San Francisco Office of StartUp Innovation at Rabobank since 2012, where he led a process that greatly strengthened relationships with corporate clients in the Western Region of the US.
He joined Rabobank in 1996 as a project manager. In 2003, he was named Head of Credit, and a year later became Head of Credit and Legal. Manuel was appointed Deputy General Manager in 2007, and just a year later promoted to General Manager in 2008.
Under his leadership, the Mexico franchise significantly strengthened business performance, achieving considerable increases in revenue, cross-sell and net income. Manuel was instrumental in building a strong local investment banking team, and in fostering a high-performance culture focused on enhancing client relationships.

Manuel is someone who works to help people with food-and-ag related business ideas connect with investors and start the process towards funding those ideas. He tells Greg about the FoodBytes business pitch event that is focused on food and ag, as well as Terra and Rabobank with their focus on innovation in this business field. His take on how to deal with failure is something every person who runs or hopes to run their own business should hear.

The Innovator’s Dilemma: The Revolutionary Book That Will Change the Way You Do Business

Zero to One: Notes on Startups, or How to Build the Future

Abundance: The Future Is Better Than You Think

How to reach Manuel: