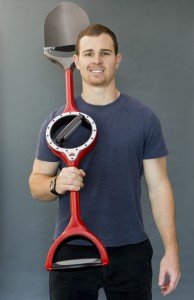 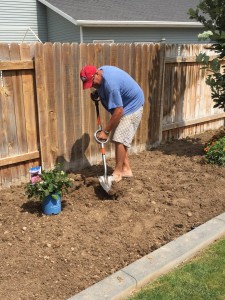 Stephen is a 26-year-old entrepreneur with an MBA in Finance from Loyola Marymount University.  Always inspired by entrepreneurs in his family, Walden decided to try his hand at inventing a new product when he was a senior in college.  Upon graduation, Walden moved back to his hometown in Phoenix, AZ to start Bosse Tools to pursue his dream of inventing a product. Listen in to learn about his journey and why the ergonomic tools he invented are revolutionizing what it means to work in the garden.

Today on The Urban Farm Podcast, we welcome Stephen Walden, inventor and entrepreneur, creator and designer of an ergonomic shovel.

What is an “ergonomic” shovel?

Why did he reinvent the shovel? Because the old shovel hurt his back! 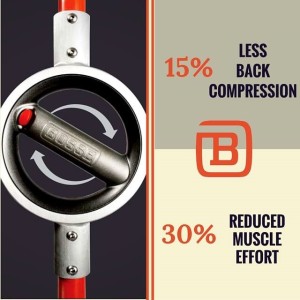 How did Stephen get his start?

First, Stephen is only 26 years old. He created this amazing tool when he was 21! He took his sketch with altered handles with a better grip to give a 30-second pitch of his business idea, which was a concept to make shoveling easier.

His teacher said, “You’re going to need that shovel to scoop that pile of BS out of my classroom.”

Stephen left devastated. However, that same teacher awarded Stephen with an entire semester of marketing and business plan – and advanced learning at what it takes to start a business. By the end of the semester, his team won and were able to travel to pitch their idea across the country.

Be sure to listen to the entire Podcast to hear Stephen’s amazing story. He swept the country in business competitions, winning best plans, best marketing ideas, best prototypes.

After his initial tests, he put the tools in the hands of biomedical researchers at Arizona State University and asked them to prove our hypothesis. The results were not only validating, but significant.

He had a product that could make a difference for a lot of people. He want on to construct a Kickstarter campaign to raise the capital to produce his shovels

The Kickstarter campaign was a huge success, netting over $64,000 in 40 days and earning them recognition in Popular Science Magazine as one of 2014’s Top Ten New Products.

The story takes an interesting turn, where he describes his biggest “failure.” We don’t want to put in a Spoiler – so mark timestamp 15:11 and listen to the hallmarks of a great movie storyline!

How do you use a Bosse Tool?