37: Justin Rhodes on Permaculture and Chickens 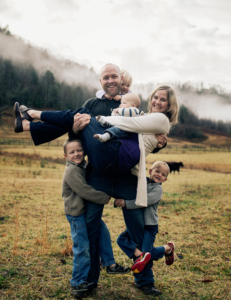 Justin Rhodes is an author/film producer at AbundantPermaculture.com where he teaches folks how to live more sustainable lives by growing their own food and running their own businesses. 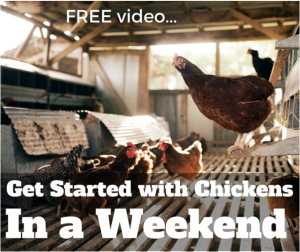 It all started with eating a healthy diet, beginning with adding organic milk and went up food chain until they were eating Paleo: Meat and vegetables.

As the food bill grew, Justin realized meat and vegetables would grow easily on his farm, so he undertook the project. They were growing their own food, in a laborious fashion, until Justin was stricken with Lyme disease, and the bills that went along with the lengthy diagnosis and treatment.

He knew that the farm had to run more efficiently and needed to be connected. But how?

He stumbled upon two works by two Permaculture heavy hitters: Introduction To Permaculture by Bill Mollison and the videos of Geoff Lawton.

Justin made his move. He said, “You cannot get any further to go to Australia for Permaculture Design Course.” Nobody else is doing permaculture at a homestead level. He took a 2-day long flight and took the 2-week residential course. The went through Bill Mollison’s work. Geoff taught for half the day and he brought in a guest speaker for the other half of the day.

Justin went in with an open mind. “You know that each one of these is worth at least $1300,” Geoff told him.

“You have to get to a point where you’re just fed up and need to make a change – fight as hard as you can until you make it.”

His true passion is teaching to groups and making films. He had one more influential entrepreneurial powerhouse stake his claim – Tim Ferriss and the Four-Hour Workweek.

Justin created his movie on the Abundant Permaculture website and had the project successfully funded via Kickstarter. 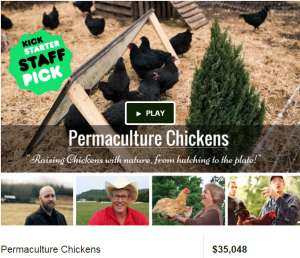 They’re the gateway creature – and for some even before the garden. They’re forgiving.

Introduction to Permaculture by Bill Mollison

Where to find Justin: