In the Fall of 2006 the Flagstaff neighborhoods were overflowing with a bountiful apple crop. My brother Cody* and I were in college and decided to give cider-making a try for the first time. Filling a pickup truck with fruit, we employed a homemade apple press and our roommates to carry out the operation. Delicious, fresh-pressed golden cider flowed into 5-gallon glass carboys for fermentation, and that’s were our knowledge, attention, and success parted ways. With classwork and exams piling up, the cider was left forgotten in the basement. That first batch fermented to absolute dryness on its own spontaneous fermentation. Yeasty and a little sour with a hint of sulfur, not bad considering.
It turns out that vinegar, brettanomyces, and lactic acid bacteria can all contribute to undesirable flavors in cider. Characteristics of dirty mouse cage, band aides, barnyard, wet dog, and horse are often used to describe the flavors of these cider infections.
Fermenting fresh-pressed apple juice into hard apple cider is straight-forward and involves selecting fruit, pressing juice, adding yeast, fermenting, racking, maturing, and bottling. Over the last decade, we have compiled a few thoughts for making great cider and minimizing the chance of problems.
*Cody and Kanin are co-founders of Stoic Cider in Prescott, Arizona 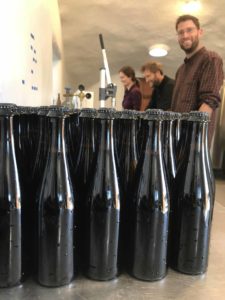 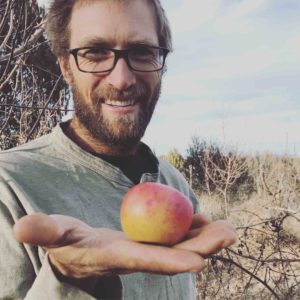 How to reach Kanin: