The Earth’s environment is constantly changing, but even for an environment that changes with relative balance, natural disasters are a fact of life on earth.  However, due to human based agricultural and industrial impacts, mankind appears to have adversely affected the relative balance of the Earth’s environment.  The results of these human based impacts have been revealed in the form of natural disasters as early as the beginning of the twentieth (1900) century.  In the United States, the great dust storms of 1934 (Dust Bowl) became a watershed moment as the impact of millions of tons of dust destroyed ranches and farms throughout the Great Plains.  Congress was compelled to act and in 1935 the Soil Conservation Act was established. 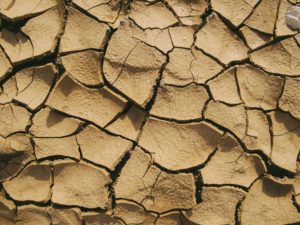 Unfortunately, legislative measures such as the Soil Conservation Act has had little effect on improving the environment as the past one hundred years have resulted in a pattern of more frequent and more intense natural disasters.  In more recent times, beginning with Hurricane Katrina, this pattern can be defined by various events including the toggling of intense droughts and then heavy flooding in the Midwest, wildfires in both Southern California and the Southwest, storms containing a greater frequency of F4 and F5 level tornadoes in the South, blizzards with record snowfall in the Northeast, and the continued impact of hurricanes in the Gulf Coast and along the Eastern Seaboard with the most recent storms being Hurricanes Harvey and Florence.  Locally, Pinal County and the Phoenix Metro-Area have witnessed bazaar changes with wind patterns usually during the summers, resulting in dust storms large enough to be called haboobs, the name typically given to the massive dust storms of northern Africa and the Middle East.  All told, these events appear to be leading indicators of an environment that continues to accelerate further out of balance.

These recent haboobs are shades of the 1934 Dust Bowl, and they are evidence of a phenomenon called desertification, which is defined as land that is turning to bare ground. There are various causes of desertification, the major ones include over grazing of livestock, chemically supported industrial agriculture and the heat island effect from massive cities in arid and semi-arid environments.

Fortunately there are solutions, and governments (local, state and federal) have a real and measurable opportunity to not only pioneer an approach to land management that would mitigate the perils of climate change, but also do it while generating more income for both the public and private sectors.

Storm-water Management
In a traditional sense storm-water management is a term used by engineers to describe mitigation strategies for controlling nuisance storm-water inundation to major flooding within human settlements.  Under these scenarios water is looked at as a problem that could create safety issues for people or cause damage to property.  The solution to mitigate these issues is rooted in engineered drainage infrastructure, such as, retention or detention basins, concrete lined channels, culverts, and storm drain systems, which includes storm sewers, manholes, and inlet structures.

Some people, however, are beginning to recognize storm-water as a resource, and instead of constructing infrastructure treatments to quickly eliminate the water, they are constructing solutions to harvest the water, which can be used to irrigate either natural or man made landscapes.  On a much broader level, the same strategies can be implemented to harvest enough water to irrigate scores of acres thereby, (1) activating a germination response in latent seeds, and (2) increasing the growth of established vegetation.  The vegetative response created from simple water harvesting techniques would generate more plant life causing a regional impact to the local climate.  Benefits of this response include providing habitat for a greater diversity of wildlife, healing lands that have been impacted by construction activities, and eliminating conditions favorable to starting wildfires, all of which would be instrumental in reversing desertification

Holistic Management
For generations researches have concluded that both wild and domesticated grazing animals are a major cause of desertification, which is generally true.  What researches have failed to understand is that the grazing animals are not the problem.  The problem rather, is that they are not managed with respect to the land.  Prior to the adverse impacts of human intervention via agriculture, nature had developed a balanced system consisting of migrating grazing and predatory animals.

According to American pioneers, like Louis and Clark, grassland areas would be settled for only a few days by a herd of grazing animals.  By nature’s design, these herds had to migrate in large numbers to protect their lot from predatory attacks.  As a result of this migration pattern, the grassland would benefit from (1) “just right” grazing, (2) the application of nitrogen from animal urine and manure, and (3) hooves gently tilling the soil.  These benefits are nutriment implements that induce the grass to decay biologically thereby providing for healthier regrowth while the land is being rested during the gap in the migration cycle.

The current practices of land management that have been implemented since the beginning of conventional agriculture consist of either over grazing or no grazing also known as over rest.  Over grazing by livestock, such as cattle, sheep, and goats leave the soil bare with minimal chance for recovery due to the extreme daily changes in temperature within the soil microclimate.  No grazing or over rest causes hardened algae to form on the surface, which increases runoff and prevents plants from getting sufficient water.  Overtime, plants will decay via oxidation and the soil becomes bare for the same reasons already stated.  Both practices lead to the same end result of desertification.

Holistic Planned Grazing, or Management Intensive Grazing (MiG), gives rise to a planned grazing strategy that has been proven to reverse desertification.  This practice has worked in many arid and semi-arid regions of world where desertification has occurred.  This planned grazing approach is designed to mimic predator-prey migration patterns that existed prior to the advent of conventional agriculture.  This is a systemic approach that connects elements synergistically.

While consuming vegetation, grazing livestock, like their grazing animal ancestors, can fertilize with manure and till with hooves.  The two elements are (1) the land, and (2) the grazing livestock.  By managing the land with a specific graze and rest plan, the ecology will quickly improve.  There will be more plant diversity, creating habitat for a larger community of birds, insects, and soil life.  This response will provide more food for more grazing livestock after each rest period. 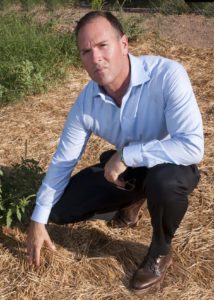 Ricardo is the founding member of Holistic Engineering and Land Management, Inc. (HELM) and is focused on creating innovative approaches to improve conventional engineering. He works to integrate natural processes into large scale engineering projects with his primary professional focus to implement functional design strategies to achieve multiple synergistic objectives.
Ricardo has a profound interest in reversing desertification through water harvesting and increasing soil organic matter. This can have a measurable benefit to reduce flooding, improve both storm-water and soil quality, conserve water, provide passive irrigation for vegetation, and reduce the heat island effect. Ricardo’s project experience includes infrastructure improvements for communities that have been adversely impacted by storm-water.
How to reach Ricardo: