361: Adam Federman on The Influence of Patience Gray.

Digging up the story of a slow-food pioneer. 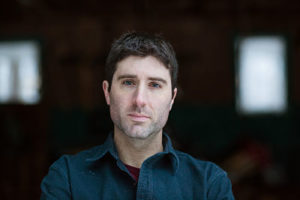 Adam is a reporting fellow with the Investigative Fund at the Nation Institute covering energy and the environment. He has written for several publications including the Nation magazine, the Guardian, and Columbia Journalism Review. He is a former line cook, bread baker, and pastry chef.

He has been a Russia Fulbright fellow, a Middlebury fellow in environmental journalism, and the recipient of a Polk grant for investigative reporting. Adam is the author of Fasting and Feasting: The Life of Visionary Food Writer Patience Gray, published through our friends at Chelsea Green.

It must have been one well-written obituary, because it stuck with Adam Federman and then after he found her book on his parents’ shelves he wanted to know more about an almost forgotten culinary star. Ten years later and a treasure trove of writings uncovered, he released his biography of Patience Gray and brings her hidden history to light. Those who loved her book Honey From Weeds will love getting to know her better in Adam’s book Fasting and Feasting. He shares his story of finding hers and leaves us hungry for more.

His failure – failure is an almost daily process for writers

His success – first his daughters, his family; then this book

His drive – social justice, and he loves to write

His advice – don’t listen too much to what other people tell you, carve your own path

Shirley Jackson: A Rather Haunted Life by Ruth Franklin

How to reach Adam: