259: David Montgomery on Bringing Our Soil Back to Life. 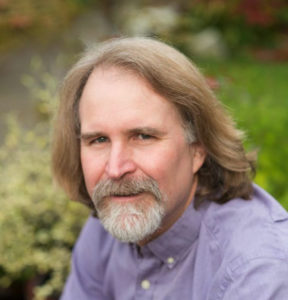 David is a MacArthur Fellow and professor of geomorphology at the University of Washington. He is an internationally recognized geologist who studies landscape evolution and the effects of geological processes on ecological systems and human societies.
An author of award-winning popular-science books, he has been featured in documentary films, network and cable news, and on a wide variety of TV and radio programs, including NOVA, PBS NewsHour, Fox and Friends, and All Things Considered.

David has written two books on soil: Growing A Revolution: Bringing Our Soil Back to Life, and The Hidden Half of Nature: The Microbial Roots of Life and Health which he co-wrote with his wife Anne Biklé.

Studying the surface formation of the earth usually means looking at geological processes taking place over long periods of time.  Geologist David Montgomery, however, became interested in studying more than just rocks and focused on something a bit more connected to life on earth and in the soil. As a non-farmer, his outsider’s perspective might help others understand the crucial processes taking place in regenerating this very necessary material for food production.

Growing a Revolution: Bringing Our Soil Back to Life

The Hidden Half of Nature: The Microbial Roots of Life and Health

E.B. Belfour The Living Soil: Evidence of the Importance to Human Health of Soil Vitality

How to reach David: