The germination of an idea
by Janis Norton,
The Urban Farm Manager

Most of you probably don’t know that Farmer Greg sprouts ideas faster than weeds in an empty lot.  This is actually one of the more interesting aspects of working at The Urban Farm, because I know that there is always something new in store. Let me tell you about one of his ideas that we are now harvesting.
He has been giving tours at The Urban Farm for years, and when he started people thought he was a little crazy.  The turnout was limited, but the seeds of change were being sown. Now we offer tours three times a year, and in a weekend he talks to almost 200 people about the possibilities of farming a front or back yard in the middle of a large city.  Well, this is now happening all over our city, and probably yours too.  Many of his previous guests are now bona fide urban farmers themselves with some even starting businesses related to their new passion.  But lately he had an idea that needed a little water and fertilization to sprout… 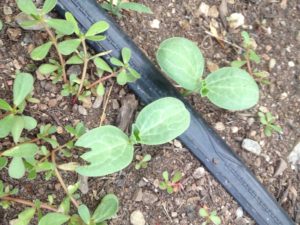 His goal is to have 10,000 urban farms in Phoenix, and we think that goal might have been reached.  There is no way to really count since there is not a question related to this on the census form. However, from all the stories we are hearing, it might possibly be true. Yet he is not satisfied in that possibility, he wants to make it a confirmed reality.  One idea he had back in 2006 was to offer tours of other urban farms to show all the different ways and styles of design.
This idea has taken root and is now The Urban Farm Tour Series. Simply put, we gathered up willing farms that were special in some way (and had the capability of hosting 40 or more people at a time) and scheduled a time to open up their farms to the public. Then my work started.  I spent quite a few hours gathering details on each location, confirming dates, and then setting up the new infrastructure for accepting registrations, sending confirmations, and then reminders. And of course there was the whole project of creating events and updating social media with all the details of 14 tours in 10 weeks.  My goal is that the next season will be easier to manage because all the infrastructure will be in place.

The first official Urban Farm’s Tour Series Season is underway at the time I write this, with five locations and events scheduled a couple weeks apart over nine weeks.  As it turned out, there are plenty of people who want to learn and see farms in action. The attendance has been great and the feedback is fabulous!

Then, later in the Fall, we are looking at touring again and open up different locations.  We’ve already started recruiting and looking at new places, and we are going to be picky because of how busy the season is already.  We have goals for small lot urban farms as well as some urban farms that host other animals besides chickens.  Stay tuned to see what happens!

This needs to happen in every city!

Basically, this tour idea is not unique to any person or place, in fact there are great tours of gardens happening all-over the place.  Our tours are about growing food and becoming more resilient. We set ours up on a concept they are donation based so that more people are interested in attending. And, because this is the way that Greg and I get paid, those that do donate know they are helping events like this to continue. We do split the donations with the host farm first, but there is usually enough left for us to know the event was worth scheduling.
In conclusion, if you don’t have this resource in your city then perhaps you can start your own Tour Series.  If you are successfully growing food in your own yard, then you have a skill that others are interested in learning.  You CAN make a difference by sharing.  Please let us know your results!
Thanks! 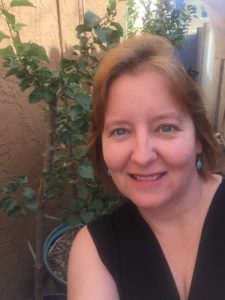 Janis wakes up every morning with a focus on Community, Family, Resilience and Education. With those driving forces at play, it is no wonder that she came to join the team at The Urban Farm, first as the as the Podcast Producer, and now as The Urban Farm’s Manager.
She manages several projects including The Urban Farm Podcast, The Urban Farm Fruit Tree Program, and the new Urban Farm’s Tour Series, as well as sister projects from Grow Phx with the Great American Seed Up, and The Permaculture Design Course.
She also admits that her own growing food adventure only started a few years ago after going back to college and taking a class with Greg as the professor. Now she is in the midst of creating a food forest in her yard with 40+ food bearing trees, bushes and vines, and one large wicking bed garden with two more in production.  Despite being in an HOA, she is loving her supportive neighbors who embrace her organic goals.