Studying the genetics of an iconic and incredibly wide-ranging fruit. 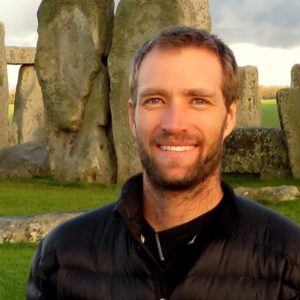 Kanin, has devoted his life to heritage apple tree diversity. In the pursuit of apple knowledge, Kanin has researched apple varieties from historic homesteads across Arizona, New Mexico, Colorado, and Utah.
During this research, he documented 34 known apple varieties and 110 unique trees of unknown origin. He has collected and propagated unique varieties of heritage trees from numerous small homestead orchards in Northern Arizona, as well as Capital Reef National Park and the historic Philmont Scout Ranch and Chase Ranch in New Mexico. This research and further research on wild apple genetic diversity led Kanin to complete a Master’s degree at Northern Arizona University and a Ph. D at the University of Arizona.
Kanin’s most recent project is co-founding Arizona Cider, a local hard cider company based out of Prescott, Arizona. This project involves all steps of the cider production process, including the pressing, fermentation, aging, and blending of the cider, as well as the propagation of unique southwest heritage apple trees and over one hundred French, English, German, and American apple varieties.

Greg was super excited to talk to Kanin and talk about the history of Apple Trees and find out why there is so much diversity in this very popular fruit tree. Kanin’s interest in apple orchards started young and prompted him to pursue his PhD to study this fruit tree even further.  Find out why and what he is doing now with all that research!!

Michael Pollen’s: The Botany of Desire

(specifically the chapter on apples)

How to reach Kanin: