Forest started urban farming in 1969 in Berkeley, California. Through the People’s Park Movement, he was launched into gardening and got the basic training and motivation for becoming a seedman.
He has been a full time, independent, professions seed provider since 1972 and has owned, led, or helped launch at least four seed companies, and founded the nonprofit Abundant Life Seed Foundation which produced and distributed up to 600 types of open-pollinated vegetable, herb and flower seeds
Since 1974 Forest has been giving workshops on seed saving and the importance of genetic diversity, and was the keynote speaker for the 2012 Northwest Permaculture Convergence and, also the Regenerations Seed and Plant Exchange in Hawaii.
Forest had a radio show for a couple of years with 30 minute interviews featuring a variety of people including many permaculturists 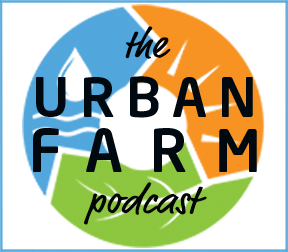 You can listen to the most recent 50 episodes for free. For access to all 650+ episodes, please support our work by joining our amazing patron program for as little as $10/month.

Click HERE to learn more and become a patron!

714: Doreen Pollack on How Permaculture Changed Her Life
January 6, 2023