Here in Dallas, Texas we had a very mild winter, which unfortunately means that my nemesis, the evil squash/stink bug, will rule the garden. Sadly, the squash vine borer will follow on his heels with her dastardly squash-killing plans. The squash vine borer is a moth that lays her eggs at the base of the squash plants. The eggs hatch and bore into the stem, eating the plant from the inside out. One minute you have a thriving plant and the next it is laying on the dirt, limp and lifeless.
Every gardener needs their own plan of action if they are going to foil the plans of these two wicked garden pests. Although I have had some success with things in the past, this year I am planning a full-frontal assault, an attack to their flank and a surprise ambush under the cover of darkness from a skilled garden ally.  Let me lay out my battle plan step by step for you. If you live in the Northern U.S., once you get through the spring action of the squash vine borer you are golden. If you live down South like me, lucky you, you get another special appearance of the vine borer again in the fall!

1.I am going to provide some decoy squash.

This is yellow squash and zucchini that I never plan on eating. These decoy plants are set around the perimeter of the garden by seed in early spring. The idea is that my enemy will be so busy enjoying these plants that they will leave my interior plants alone. Keep reading to see how I will make these interior plants a lot less desirable. 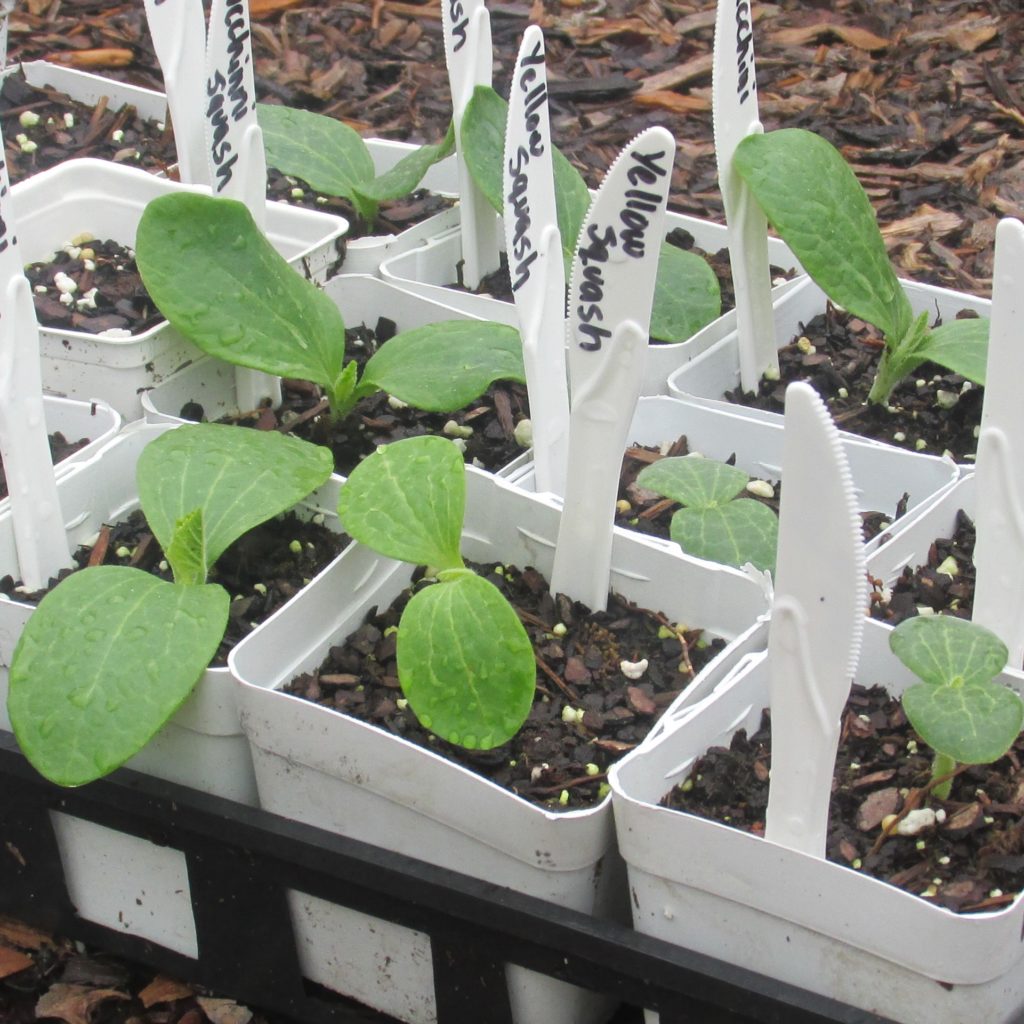 2. I will start my seed in little pots, and as my squash plants grow they will get a protective “field dressing.”

This “dressing” is made out of either strips of garden frost cloth or gauze and will be wrapped around the stock at the base of each plant. When I finally sink my plants into my garden beds I will let this “field dressing” go a bit below the soil line. Fast forward to the fly-by from my nemesis, the squash vine borer. She will take one look at this gauzy stuff placed strategically right where she wants to lay her eggs and say, “Oh, dear, what is this I see? This is obviously NOT a place I want to lay my future offspring!” Then she will fly away and lay her eggs on the decoy squash plants. I know, brilliant!
At this point, you are probably thinking that it is rather strange and a bit creepy that I lay awake thinking up these schemes, but my pride is still smarting from the Squash Defeat of 2014. I don’t like to be defeated; it stinks, literally, in this case! It also leaves my kids hungry, which is unacceptable to me.
Back to the battle plan. Right around the time I am sinking my squash plants out in the garden… 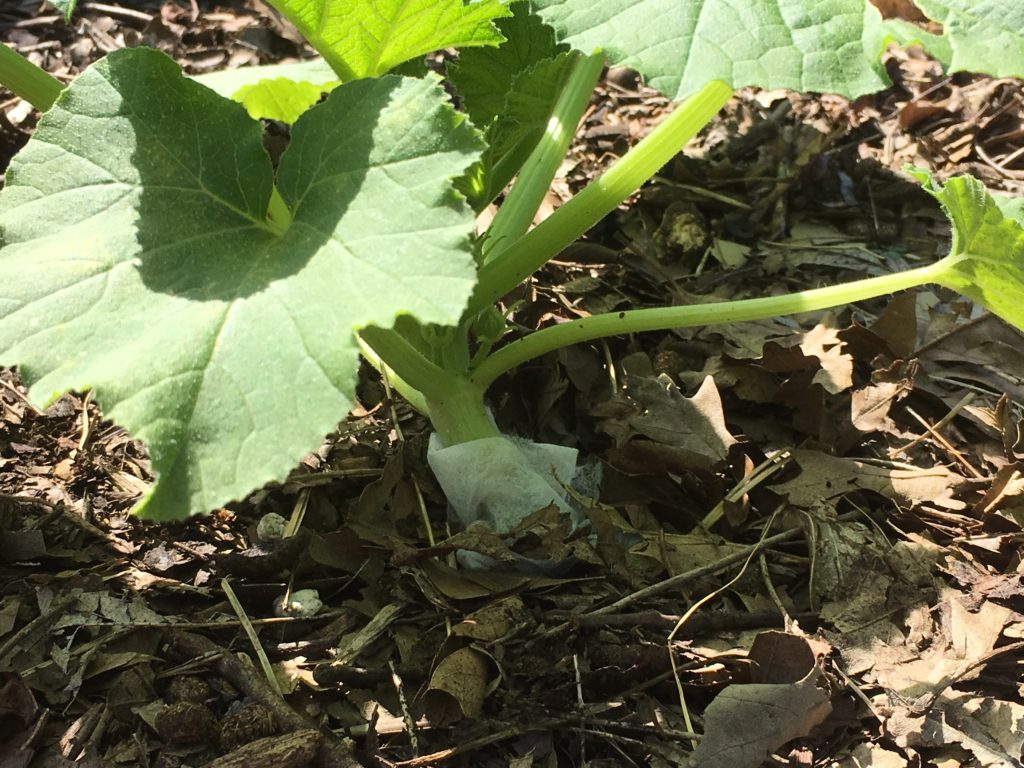 3. I will be mixing up a sprayer full of Bt…Bacillus thuringiensis, that is.

If any moth is foolish enough to lay her eggs above the “field dressing line,” her larvae will hatch and eat into the stem of the plant, at the same time ingesting the bacteria that will be its undoing. Maw ha ha! The Bt will have to be reapplied after each rain. Don’t worry, Bt is organic and safe even for the toads in the garden.
Speaking of toads, let me introduce you to my evening ally in the garden. The garden toad is a voracious eater of insects. With a tongue that moves at 15 hundredths of a second, he is well equipped for it. So, how do I make sure I have lots of these great insect eaters on my side? No, I am not going to steal them from the downspouts of my neighbors. (Although, to be honest, that kind of sounds like something I would do.) I can just see the police spotlight shining brightly for all the world to see, me, creeping around my neighbor’s downspout in the middle of the night. Perhaps attracting them to me would be a better idea! 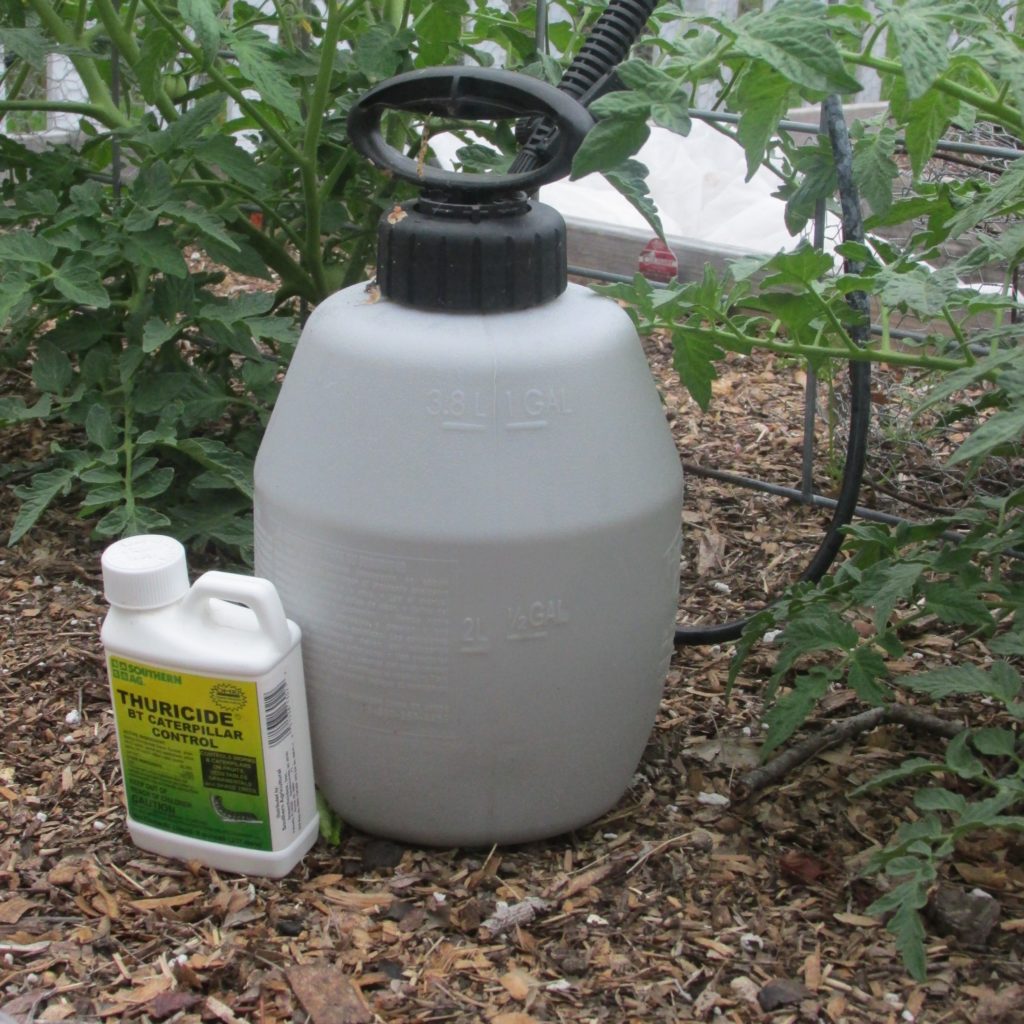 4. I am going to clean up and put a vacancy sign on my toad abode.

It is super simple to create a Toad Abode. You just need three things:

2.A wading pool- We used the bottom tray from a large pot.

We also put a little solar powered light in his corner to attract insects and give him a leg up, so to speak. 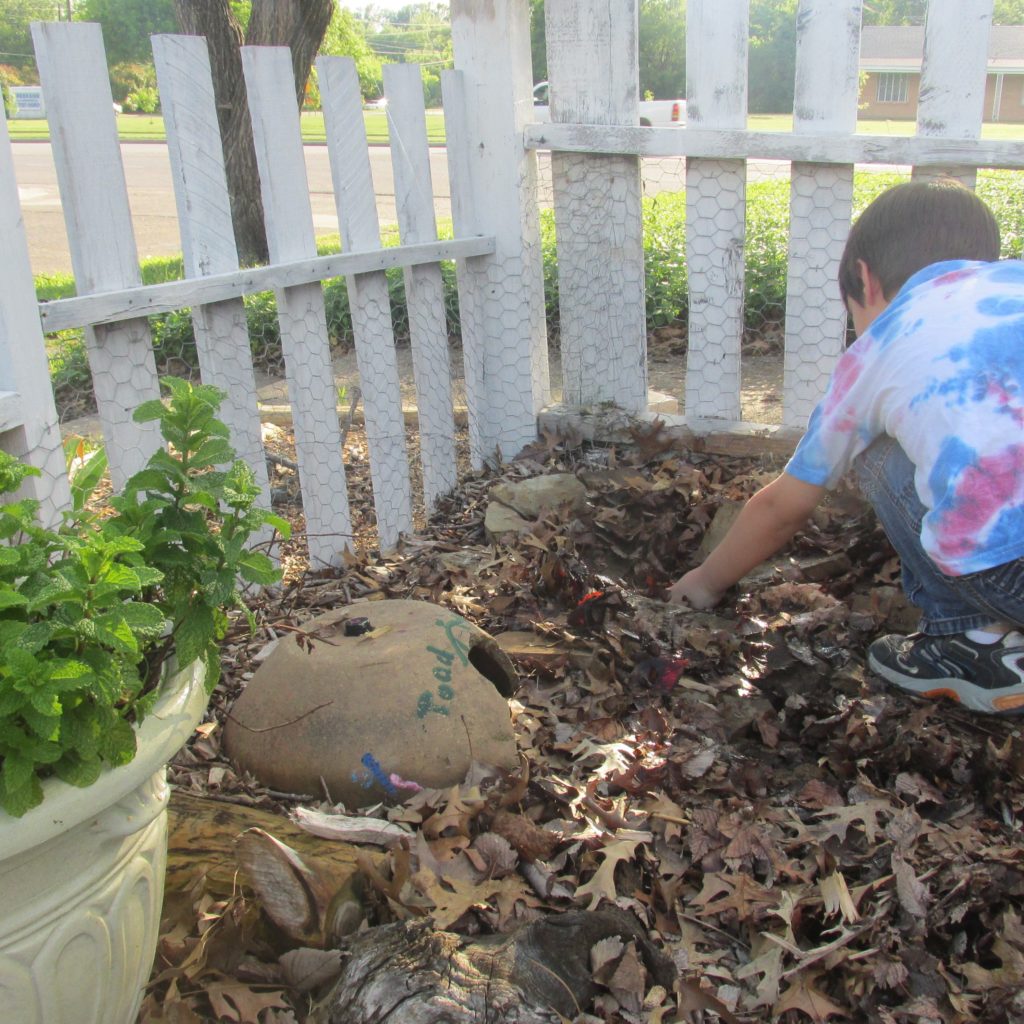 I also plan on doing a sweep of the garden each night in the cool of the evening with three other weapons in my arsenal: Duct tape, Captain Jack’s Insecticide and copper wire.
A wrapping of duct tape around your fingers, sticky side out, makes a great egg collecting tool. Collect all the squash eggs from the underside of the leaves on your sticky tape and throw them away. The eggs can’t be missed as they are reddish brown in color. If laid by the squash/stink bug they will be in clumps on the underside of the leaves. If laid by the vine moth borer they will be single tiny eggs near the stock of the plant where it meets the ground.
Captain Jack’s is something new I am using this year. My fellow gardeners at the community garden swear by it. Although it is considered organic, it will harm beneficial insects like bees. So only dust the base of the plant, being careful to avoid the blossoms. Here is a little info on Captain Jack’s:
“Captain Jack’s Deadbug Brew contains Spinosad (spin-OH-sid), a naturally occuring soil dwelling bacterium that was collected on a Caribbean island from an abandoned rum distillery in 1982.
This unique bacterium was defined as a new species when it was discovered, and it has never been found in nature anywhere else in the world. Since being discovered, Spinosad has become a leading pesticide used by agriculture worldwide in the production of organic produce.”
One of our own readers here at Urban Farm U suggested having a bit of copper wire on hand. If you find your plant has already been bored into, you can stick that wire up the inside of the stem and pierce your nemesis right through the heart! A little dramatic, I know, but I really like the buttery taste of summer squash!
My last bit of backup strategy is to have a fresh supply of reinforcements on hand just in case all my best laid plans go awry. What I mean by this is that I will have little squash and zucchini plants growing in pots ready to replace any that succumb to the enemy. I feel that this is a comprehensive battle plan, but if you see a gap in my defenses please point it out in the comments so that we can all win the war and eat lots of yellow squash this spring/summer! 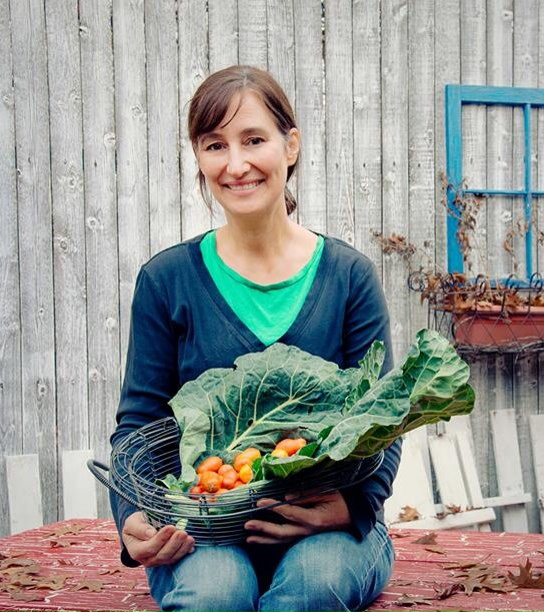 Anne-Marie or Dash (for the hyphen in her name) is an urban farmer in Dallas, Texas. She raises chickens and rabbits on less than ¼ of an acre.  Plus, she has turned her front yard into a large stand-out-in-the neighborhood vegetable garden. In addition to the farming she does on her homestead, she helped create a community garden literally from grassy field to thriving garden. What stands out about her little urban homestead is her determined out of the box approach to overcoming obstacles. You can follow her adventures on her little urban homestead by visiting her blog: BloomWhereYourPlanted.com.

Join us for chats about gardening topics with Special Guests each month. Live Q&A to assist with your questions
Sign up for the series!
Categories: A Blog Article on, Homesteading or Farmsteading, Regenerative or SustainableBy TaylerJune 7, 20175 Comments