You do not want to miss today’s episode of The Urban Farm Podcast, in which we are featuring Katharina’s experience insect farming and her amazing kickstarter for Livin Farms Hive. I have to say – I was skeptical at first, but after hearing more about Katharina’s project I’ve been converted. Bring on the bugs!

Anything by Michael Pollan (Try Cooked, The Omnivore’s Dilemma, In Defense of Food, or The Botany of Desire) 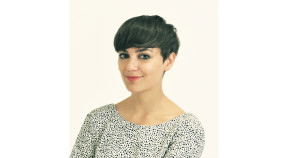 Katharina grew up raising chickens, cows and horses on the border of Austria and Hungary. Noticing the dramatic state of our food system while living in Hong Kong, she is now determined to “design nature for humans;” her first product that she is developing with her company Livin Farms is the world’s first tabletop device for edible insects. Katharina is a Fulbright alumna and an award winning industrial designer. She can be reached at contact@livinfarms.com.

James Barilla with My Backyard Jungle