My First Hive:
A New-Bee’s Introduction to Beekeeping

I’ve always had an affinity for bees.  In the first grade, I started a “club” called The Buzzers, where willing classmates and I “studied” bees at recess instead of playing on the playground. I would stand in between the bushes, marveling at the pollen on their legs as they buzzed past my face to fly from bush to bush. Despite the fact that I was inserting myself right in their flight path, I somehow never got stung.

This was the beginning of a lifelong fascination with bees. I dreamed of keeping them myself one day to support the pollinator population and perhaps even harvest some decadent honey, a nutritious natural sweetener and the only known food that contains all substances necessary to sustain life (water, vitamins, minerals, and enzymes) (1). It’s so potent that, if a bee wanted to fly around the world, it would only take one ounce of this potent food to power her journey (2). 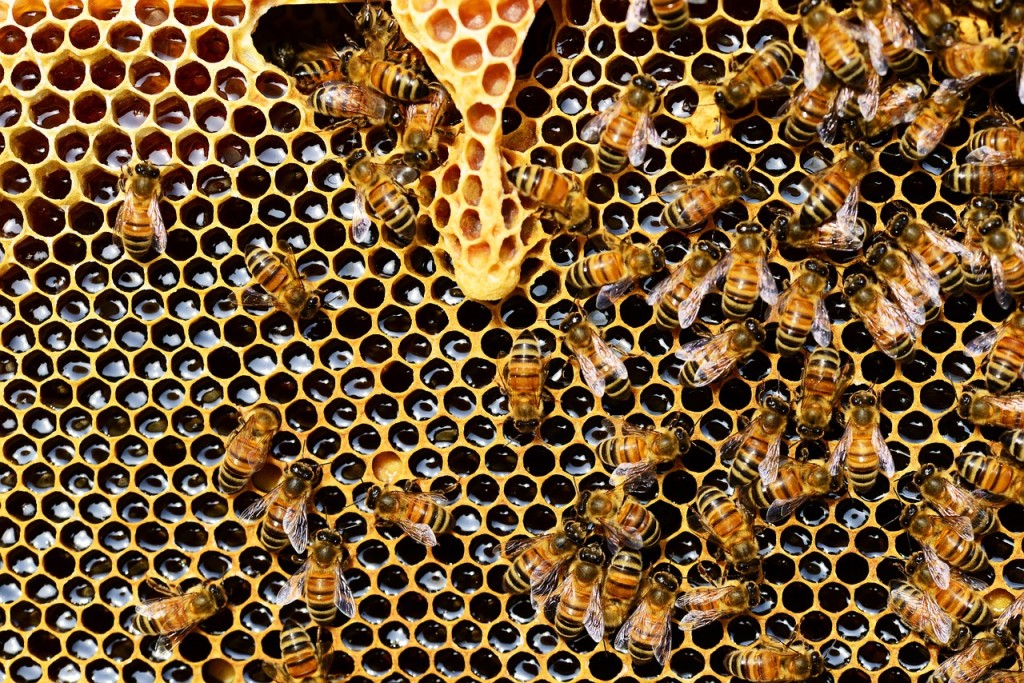 Finally, when I moved to Portland, Oregon last year and gained access to my first backyard, I knew it was time to give beekeeping a shot. However, as a young renter uncertain of where or when I might want to move in the future, I needed a way to try it out without any large capital costs or long-term commitments.

Since establishing a beehive can cost upwards of $500, it seemed unlikely I’d be able to afford it. But I kept bees on my heart, and one day happened to meet Ryan, a fellow bee-lover with beekeeping experience and a mission in mind: To establish as many beehives as possible in yards all across Portland. The meeting was serendipitous for both of us—I had met someone willing to teach me about beekeeping and personally establish a beehive on my property.  For him, this would be an opportunity to experiment with an idea he intends to turn into a business in the future.

At the beginning of April, Ryan showed up at my house with beekeeping attire (essentially a space suit), hive materials, and a box of bees.  He showed me how to put on the space suit, and we got to work setting up the hive. 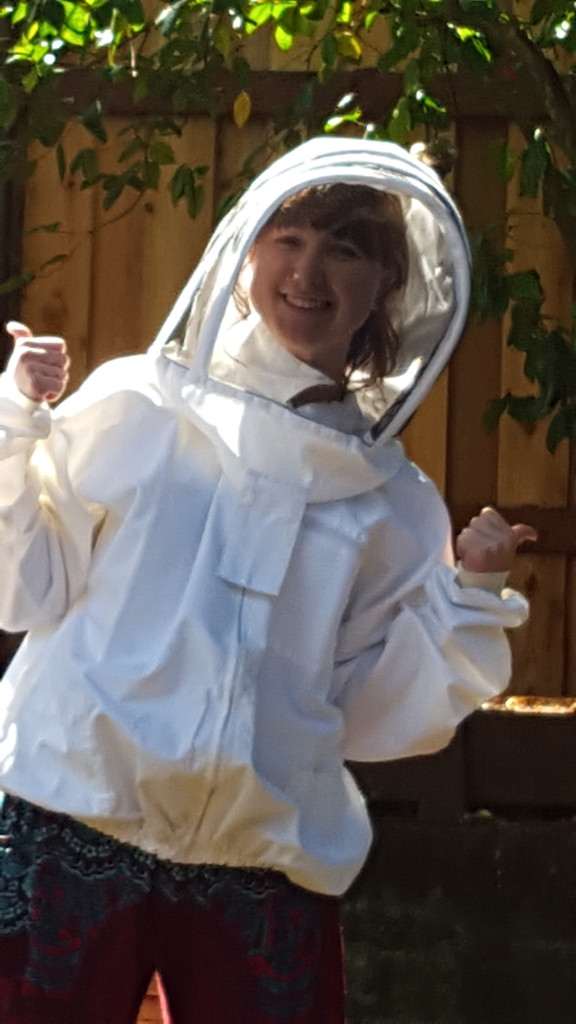 First, we chose a spot in the backyard that gets sunlight in the morning, which Ryan says helps the bees become active early in the day. We leveled the ground in our chosen spot and set up a small table for the hive to rest on.

Directly on this table we placed a bottom board, the floor of the hive and where the bees can enter and exit. On top of that, we placed a deep box (a wooden box that contains the frames where the bees build wax). Now, it was time to unload the bees from the box and insert the frames.

Ryan opened the box, and we could hear the buzzing of 10,000 bees (yep, 10,000 in one hive!) as many of the bees aggressively flew out of the box and around the two of us. “Don’t worry,” Ryan assured me, “The honeybees are agitated right now because we’re disrupting their home—they’re normally docile and will calm down in a few hours once they’re settled into their new hive.”

I watched Ryan use a metal instrument called a hive tool to gently pry the frames apart, as they were stuck together with propolis, the resin bees collect from tree buds to fill crevices and seal honeycombs. Bees were crawling all over the frame as he lifted it out of the box! “See those pods that are filled in? That’s where the larvae are growing.” He carefully inserted the frame into the hive, avoiding injuring any bees. 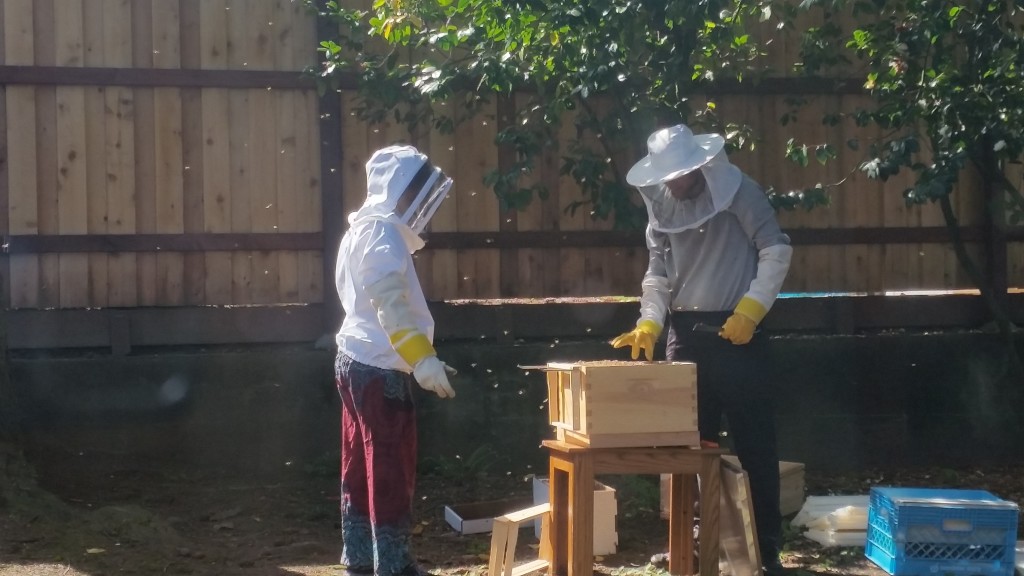 Ryan and I putting the beehive together

Once all the frames were in the hive, we placed a super on top (for excess honey storage), an inner cover with a small hole to enable us to peek into the hive when necessary, and finally a hive cover to protect the top of the hive.

And that was that. The setup was quick and simple, and now it was time to allow the bees to settle into their new hive. Within a few hours, the frantic buzzing around had subsided. A few rogue bees hung around our compost bin until they found their new hive. It turns out bees are pretty low-maintenance – they take care of themselves, and as long as they have a source of water and are acting normal they don’t need a lot of attention. Ryan plans to return to my house in one month for the first hive inspection.

Now, I enjoy watching them buzz about each morning when the sun shines its rays upon their home, awakening them with warmth and light. I wonder what kinds of plants they’ll be pollinating that day, and how far they will venture to find them. 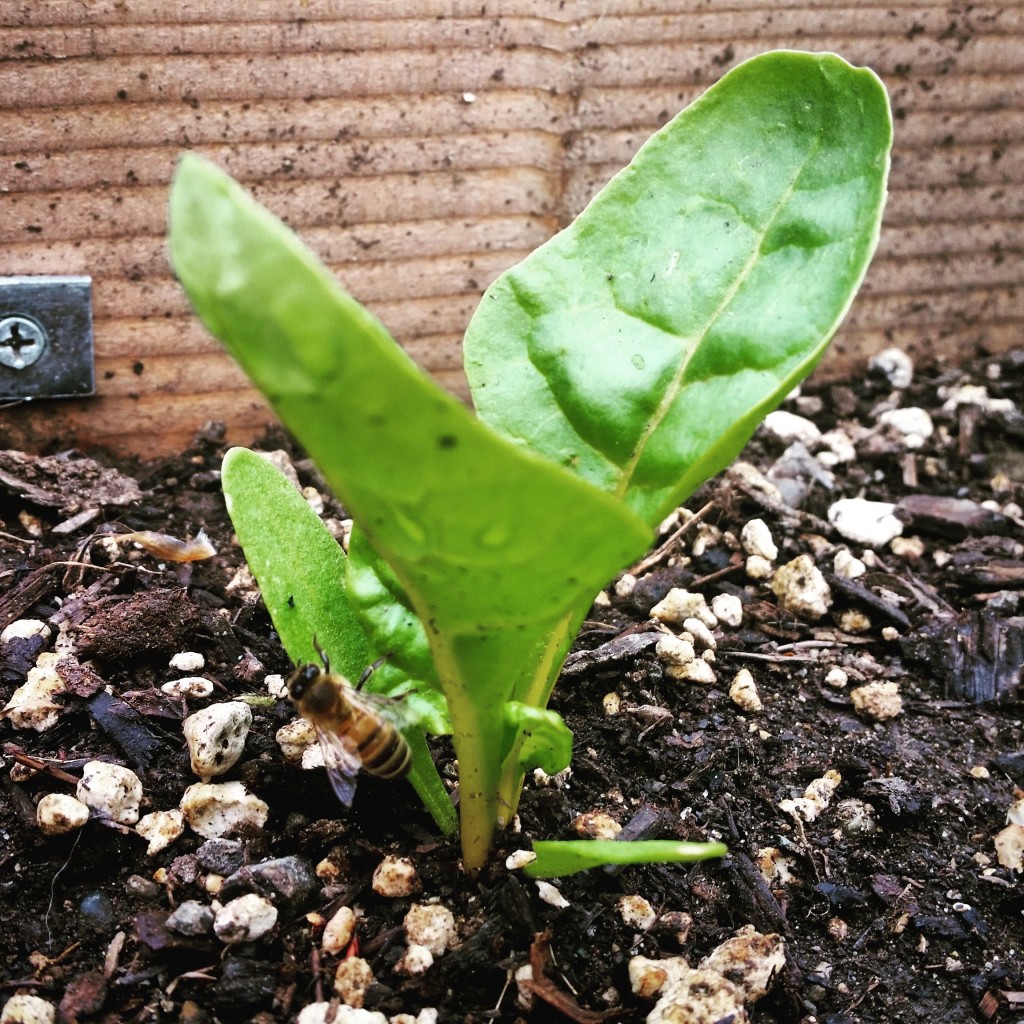 A bee, presumably from our hive, found her way to the chard in our garden!

We won’t be able to harvest honey in this first year—the hive will need to keep all the honey it produces as it gets itself established. But, the presence of this beehive means we are supporting the pollination of nearby plants (including our own garden) as well as the honeybee population, which is under stress in the U.S. (3)… not to mention learning a lot in the process.

Interested in getting a hive of your own? I recommend finding a local bee club or beekeeping classes in your area. Chances are, you’ll meet beekeeping neighbors that can show you the ropes, plus other “New-Bees” to share your first beekeeping experience with! 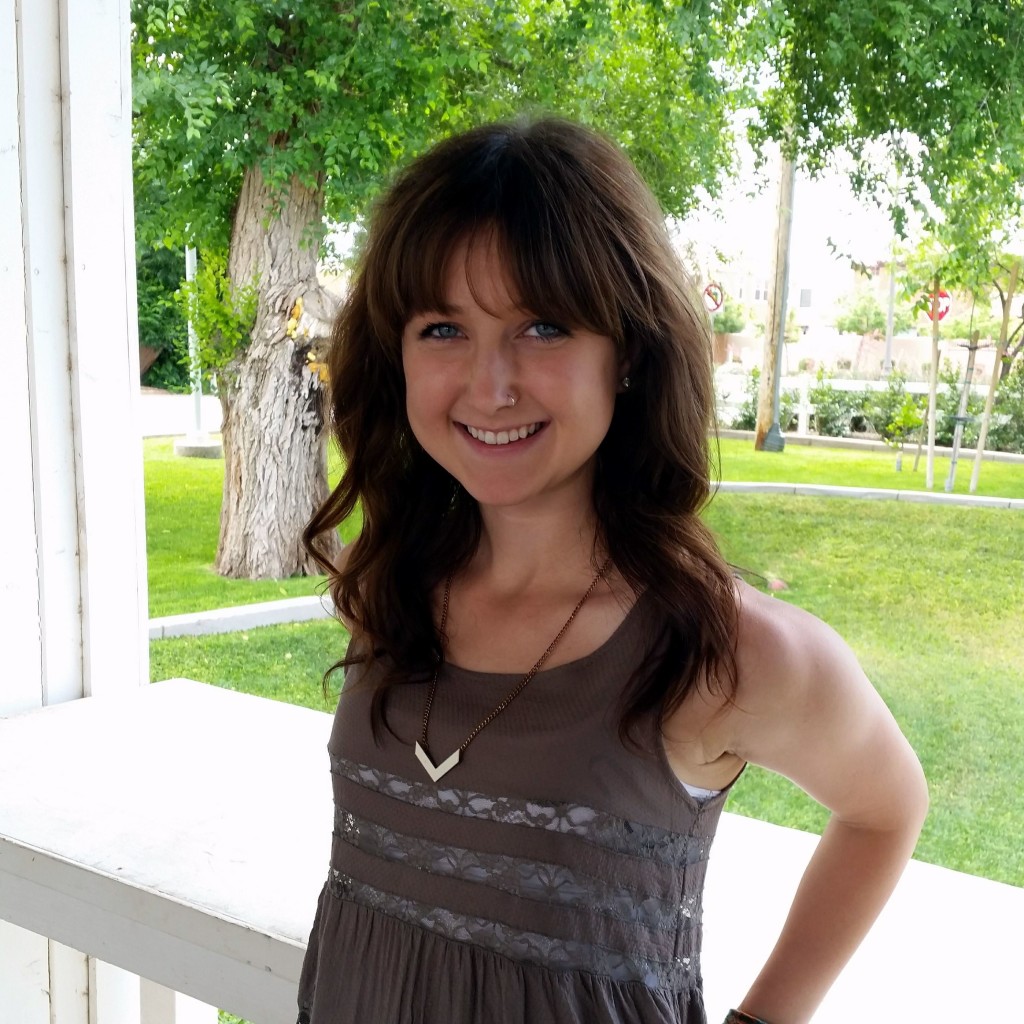 Tayler is an Arizona native living in Portland, OR. A self-proclaimed “real foodie,” she has done extensive research on food systems and took a leading role in activism on her college campus to spread education and awareness about healthy, ethical food. In 2013, she spent a few months living on a permaculture farm in Nepal conducting research on conservation farming and local food system governance. Tayler received a BS in Sustainability from Arizona State University in 2015 and is the operations manager for Urban Farm U and editor of two newsletters: Urban Farm Lifestyle and The Permaculture Life. She intends to use these as a medium for sharing knowledge and generating interest in urban farming and sustainability. Tayler can be reached at Tayler@urbanfarm.org.

Healing my Lyme through farming.
December 14, 2019 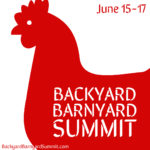 Take Your Yard or Garden to the Next Level with Animals

We’ve been teaching resiliency for years and we want to help during these turbulent times.  We have bi-weekly webinars to help soothe some of the angst of the Covid Blues and give you some productive empowerment while you navigate the world of social distancing or isolation.