In 1992, John and Cecilia moved to a flat in a suburban area of Southern California, where there was no space in to grow a garden. Prior to that, they had always lived in rural areas where they had some acreage to grow a good-sized garden. John began to experiment with the container gardening concept on the front porch balcony, and it eventually became the Balcony Budeze™ Vertical Growing System, a DIY method of growing your own vertical garden inexpensively.

Cecilia’s advice? Build yourself a favorable microclimate that shields your plants from harsh elements like wind or extreme cold. Make sure that you are putting your system in a place that receives enough sunlight and follow your growing season calendar!

Want to learn how to build your own vertical garden using their method? Check out their eBooks:

Balcony Budeze™-Botanical Bounty on a Budget

Her personal most influential book? Utopia or Oblivion: The Prospects for Humanity by Buckminster Fuller 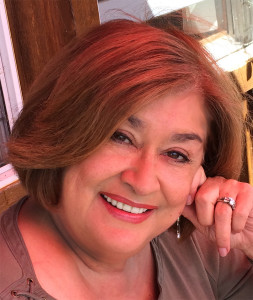 Where can you find more from Cecilia and Balcony Budeze™ ?