When Humans Turned from the Wilderness 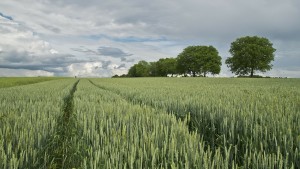 How awesome would it be to go back to the age of the hunter-gatherer? Imagine the empty, undeveloped space to see: the Great Plains of the vast midwest without symmetrical rows of corn and grain; the central valley of California hollow and unspoiled. The people in this Monolithic era survived off of the land, and their connection to their surroundings was more profound and vital than we could ever imagine today. It was a nomadic civilization, complete with tribes of humans who picked fruits and harvested animals strategically as they went along, relying completely on what the natural world could naturally supply them, avoiding inclement and extreme seasonal weather. Political hierarchies were rudimentary, and there were very few people on this earth to govern. This is the same species of human that exists today. Yet, how the times have changed…

Now, flash forward to the modern state of our civilization, society and environment. People and machines we will never meet grow our food on distant lands. Corporations and businesses dominate the agricultural industry, and our priorities have shifted from food scavenging to saving up for an out-of-town vacation. “Where does your food come from?” You can ask anyone. “The grocery store,” they’ll answer. Communities sprout based on strategic positioning for economic development, like military bases or trading posts; these sprouts grow into hardy metropolitan tree trunks. We don’t choose to live where we can have easy access to fertile soil, adequate water, and survivable weather. We follow a career, a family, an opportunity for happiness – values that originated in the establishment of cities, economics, social hierarchies, and political configurations. But when did this transition take place? How is it that within a short 6,000 years or so (a blink of an eye in geologic and evolutionary timescales), we went from subsistence lifestyles to “smart” watches?

There are many turning points in human history to which we can point fingers, but perhaps the original, most transformative was the introduction of agriculture. This was when humans figured out how to alter and exert some control over their surroundings in order to avoid being completely dependent on natural cycles. There’s no way to know exactly when the first nomad planted the first backyard garden, overthrowing the previous methods of food acquisition, but we can tell that ancient middle easterners in the areas of modern Iraq and Syria were farming way back in 11,000BC. This made its way out to the British Isles by about 4,000BC (not exactly a quick transition). Although the implications of agricultural development were slowly implemented, they were deeply profound, and have reverberated through the modern era. To begin, cultivating and fertilizing plots of land meant that nomads no longer had to be nomads. Permanent settlements could be built, families could be established, and populations began to grow. Sicknesses spread because of humans’ close proximity to each other, their livestock, and their waste, which was now concentrated around the area of settlement. Diets began to narrow themselves, as crops grown in these newly-established communities could not compare to the diverse array available in the wild. Predatory animals that threatened livestock were hunted to near extinction. Rivers and waterways were redirected. Trade routes were established. Social and political systems began to take form, and the first modern society took its first baby steps.

The rocky road we’ve traveled to get where we are today completely baffles me. Within a few thousand years from the first farm being planted, we are now typing on laptops, looking down from high-rise buildings, and eating our food in the form of coffee-shop pastries and delivery pizzas. How can one species sustain control over so much? In retrospect, perhaps the survival of small populations of nomadic humans was more sustainable and more balanced than our current state of life. That being said, we’d never want to go back to the way it was. We have done some marvelous things with our resources (and some awful things, for that matter). But in order to understand where our society is headed, we must understand where we came from. Without a doubt, the transition from nomads to cultivators was a huge transformation which changed the trajectory of human history. What will be our next step?

More Resources:
See BBC’s brief history on human evolution, including the introduction of agriculture.
Read an archaeologist’s perspective on the transformations of the relationship between humans and the land they live on.
Read a professor’s work on the human transition to farming.
Also, check out “Human Impacts on Ancient Environments” by esteemed Sustainability Scientist Charles Redman 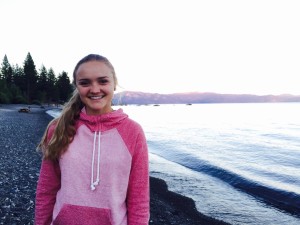 Emily’s exuberant passion for sustainability and sustainable nutrition stems from her everlasting love for the outdoors, people, dirt, and broccoli. As an undergraduate in the School of Sustainability at Arizona State University, Emily is working towards becoming a spokesperson for everyday sustainable food and lifestyle choices, including decisions on what foods you buy, where you buy them, and how you make the most of foods’ energy. Leveraging communication through writing, Emily has been recognized in competitions such as the DuPont Challenge and the Apprentice Ecologist Initiative for her essays on sustainability issues and initiatives, including Honeybee Colony Collapse Disorder and community gardens in elementary schools. Emily aspires to utilize relationships with other academic disciplines to plant the seeds of sustainability and nutrition principles in the young adults of her generation. She plans to earn her Registered Dietician credential and work either on the community or personalized sustainable nutrition level.